This new age of technology and industrial development has given us a convenient way of life. But it has also brought along pollution, the greatest of threats to the environment and humanity.

According to the World Health Organization, air pollution accounts for over 7 million premature deaths every year, making it the top 4 cause of death worldwide. Most diseases air pollution causes are cardiovascular and respiratory complications. While recent data has shown a decrease in total air pollution morbidities, death due to outdoor pollution remains at an all-time high.

In this article, you’ll learn about electric vehicles and how they can help reduce pollution. Before anything else, let’s talk about the most common pollution that vehicles cause.

Air Pollution and Its Causes

There are three major types of pollution: air, land, and water pollution. Among these types, air pollution results in the most prominent and direct consequences to both humanity and the environment.

The combustion of fossil fuels such as oil, coal, gasoline, and natural gas all produce air pollutants such as carbon monoxide, nitrogen oxide, and sulfur dioxide. These oxides have both short-term and long-term negative effects on the respiratory, cardiovascular, and immune systems.

The burning of fossil fuels also releases other volatile organic compounds (VOCs). These substances, in turn, result in health risks such as fatigue, dizziness, respiratory discomfort, and skin allergies.

Among the different uses of fossil fuels, transportation remains to be the most common application. For context, US government sources have shown that transportation accounts for 24.3% of the country’s energy consumption. This number makes it second only to industrial sectors when it comes to using fossil fuels.

However, air pollution isn’t the only consequence of ICE vehicles. It can also result in land pollution and other health risks. This is because of its widespread use of lead-acid batteries, which are both harmful for the environment and humans.

Because of this alarming and widespread use of fossil fuels, the transportation sector has been promoting numerous alternatives. These new sustainable alternatives include biking, walking, carpooling, and of course, green vehicles.

Prominence in the Early 1800s

Electric vehicles existed way back in the 19th century US. In the 1830s, Robert Anderson created the first-ever electric vehicle. However, at the time, motorized carriages didn’t have rechargeable batteries. Developments for this type of vehicle continued until the early 1900s and gasoline-powered vehicles continued to be inferior during this time.

However, with the booming invention of Henry Ford in 1908, the appeal of electric vehicles started to decline. Internal combustion engines became cheaper. Gasoline and other petroleum products also became more affordable and widely available due to the discovery of Texas crude oil. These factors paired with the inaccessibility of electricity back then led to the rise of ICE vehicles and the fall of EVs.

Rise to Popularity in the 2000s

However, the widespread use of fossil fuel-reliant equipment led to negative environmental impacts. As such, people started investing and exploring alternatives to transportation and power generation processes.

Another, and possibly a bigger, catalyst to the electric vehicle’s popularity, is Tesla Motors. This company was only a start-up in 2009. But it has now grown to be one of the most sought-after brands when it comes to luxury vehicles.

Now, electric cars remain more expensive than internal combustion engines. But by advertising it as one of the best ways to reduce pollution and other negative environmental impacts, EVs have become the new trend.

On the other hand, PHEVs are more complex. As its name suggests, PHEVs are hybrids between EVs and ICE vehicles. Thus, they operate using two power sources: fuel and electricity. So, you can drive using gasoline as the fuel when the battery is low, and vice versa.

The only difference between a conventional ICE vehicle and PHEV is that the latter usually has higher energy efficiency.

Now you’re all caught up with all the important electric vehicle details, it’s time you learn about what you came here for.

Let’s discuss these benefits one by one in these next sections.

First electric vehicles help reduce air pollution by decreasing toxic emissions. On average, an ICE vehicle emits up to 404 grams of carbon dioxide from one mile of burning fossil fuel.

On the other hand, BEVs don’t produce any emissions. That’s because they don’t even have tailpipes! So, when using BEVs, these on-the-road emissions reduce to a perfect zero.

PHEVs also have zero greenhouse and toxic emissions, but only when using the battery as an energy source. Once you switch to the internal combustion engine, your electric vehicle will then release emissions equivalent to a conventional ICE vehicle. So, PHEVs should be charged more often to achieve the full benefits of these electric vehicles.

As for PHEVs, energy efficiency is dependent on its working system. When it runs on electrical energy, it has the same range of energy efficiency as BEVs. In general, EVs are known to be at least 77% efficient while ICE vehicles have a low maximum of 30% efficiency.

So, as long as you charge a PHEV’s battery, it will live up to its fuel economy benefits.

Additionally, EVs have a special regenerative braking system. This allows for electrical energy to be stored back to the battery every time the driver steps on the brakes.

With an increased energy efficiency comes improved fuel economy. By definition, fuel economy is the mileage, or distance traveled, versus the amount of fuel consumed.

Comparing the fuel economies of EVs and ICE vehicles can be tricky, primarily because they have different fuel sources.

When talking about EVs, fuel economy is all about the distance traveled per kilowatt of energy consumed. On the other hand, ICE vehicles rely on a common metric, miles per gallon or MPG. Since these are very two different metrics, we can instead look at fuel economy through total costs.

On average, EVs can travel 70-265 miles after a single full charge. This single charge can cost as low as $6.6. On the other hand, conventional vehicles can drive up to 300 miles on a full tank. However, this long drive would amount to approximately $50.

You should also know that The International Council of Clean Transportation found out that PHEVs are less fuel-efficient in real-world applications. Still, they are still significantly more cost-effective than conventional ICE vehicles, especially when used electrically.

Most EV batteries use lithium-ion batteries and have a life expectancy of 10-20 years. It has a long-lasting lifetime because of its high energy density and longer range. Manufacturers also offer over 8-10 years warranty for these electric batteries. Just avoid any fast-charging stations so you can keep your battery’s longevity and durability.

In contrast, conventional vehicles are known to have lead-acid batteries, which generally have shorter lifespans of about four years and lower battery capacities.

Additionally, EV batteries also have fewer risks during recycling when compared to ICE lead-acid batteries. While waste management services already have concrete lead-acid battery recycling procedures, there are still inherent risks such as environmental contamination and other greater risks to human exposure.

Besides, lithium-ion batteries are also viable for reuse in energy storage systems. So, they get to have a second life after their stint as vehicle power sources before eventually entering a recycling facility.

Electric vehicles aren’t the only green vehicles. Some also market biofuels as another green alternative.

But you should remember, biofuels are only used as additives to fossil fuels. Currently, most gasoline products contain up to only 10% ethanol. There are also protocols to increasing the biofuel mix, but only incrementally. So, while biofuels do reduce fossil fuel consumption, it only does so minimally.

Outdoor air pollution continues to be one of the leading causes of premature death and poor health worldwide. Luckily, the emergence of electric vehicles has paved the way to address it.

Electric vehicles reduce the need for fossil fuels in the transport sector, thus reducing toxic and greenhouse emissions. While some EVs rely on non-renewable power generation sources, it has improved energy efficiency and fuel economy to balance it out. And with longer-lasting, recyclable, and safer batteries, EVs can reduce both land pollution and health risks.

So, if you’re still asking about how much electric vehicles help in reducing pollution, the answer is, a lot! Switching to electric vehicles won’t just reduce environmental risks, but also decrease the health risks we already have today. 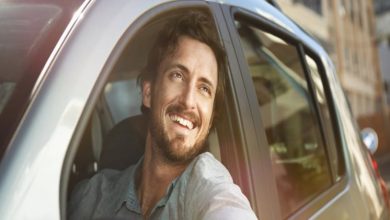 Pros and cons of refinancing a car loan 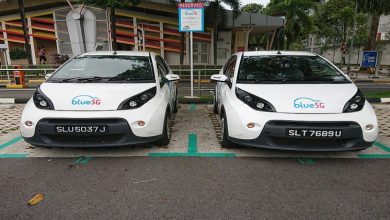 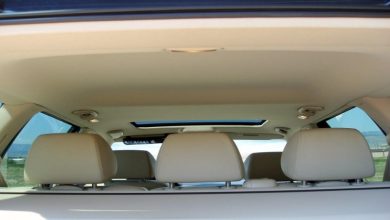 2 Ways in DIY Repairing of your Car Headliner 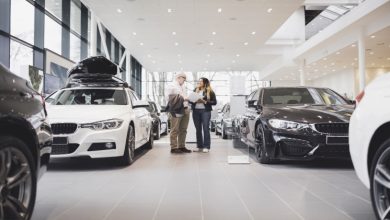