The south is rich in many things: national history, music history, culinary creations, and much more. These are the best places to visit if you want to experience a well-rounded view of all the lower half of this country has to offer.

Outdoor enthusiasts will love it here thanks to the mild year-round climate and many in-the-open attractions.

The Birmingham Zoo houses 950 animals of 230 species and features camel rides, a Trails of Africa exhibit, Sea Lion Show, and a carousel.

Here sits the Country Music Hall of Fame, the world’s most extensive music and artifacts collection that also includes the 776-seat CMA Theater; the Taylor Swift Education Center; and Historic RCA Studio B (located on Music Row), Nashville’s oldest surviving recording studio that has seen the likes of Elvis Presley, Dolly Parton, Waylon Jennings, and many others.

The Nashville Parthenon is the city’s most noted historical landmark, a reproduction of Athens’ Parthenon that contains an art collection consisting of 63 works by 19th- and 20th-century American painters, along with a 42-foot-high replica of the statue of the goddess Athena Parthenos.

You can take in the city in a different way via the General Jackson Showboat, a four-deck paddle-wheel built to resemble a steamship from the 1800s that offers a variety of cruises.

One of the most up-and-coming cities in the nation is this one, which its robust job market, affordable housing, and rich culture, from the arts to the food.

One of the biggest attractions here is the Texas State Capitol, whose dome is about 22 feet taller than the dome of the Capitol Building in Washington, DC.

Food fans will adore the renowned Franklin Barbecue, with its juicy brisket and mouthwatering ribs.

Nestled into the Blue Ridge Mountains, this vibrant city is known for its stunning architecture and thriving arts scene.

Here you can hike and bike, or sit down at a local brewery to enjoy craft beer and local fare.

You can visit the North Carolina Arboretum, a 434-acre public garden where you can take both guided and self-guided tours that introduce you to the unique fauna and flora of the region.

Hop on the Gray Line Trolley, nostalgic red cars that stop throughout the city and have expert guides who talk about its heritage, architecture, and the things to see and do while you’re there.

Atlanta has some incredible history within it: Martin Luther King Jr’s birth home, a link to the Civil Rights movement, home to the 1996 Olympics.

Sports enthusiasts will love the College Football Hall of Fame and Mercedes Benz Stadium, which is home to the Atlanta Falcons.

The massive Georgia Aquarium is home to hundreds of species and thousands of animals across its seven major galleries, which contain more than 11 million gallons of fresh and saltwater. 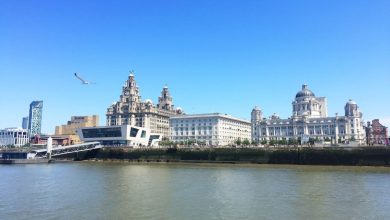 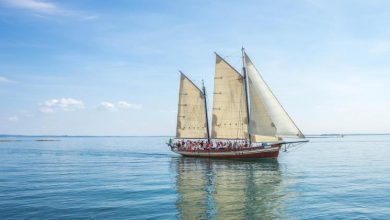