A tip is a monetary token that you give a service provider for the service they offer in addition to the service fee. Tipping is a relatively old practice in the service industry and is common in the restaurant and personal care sectors. But did you know that tipping movers is also a widespread practice in the US?

Tipping your movers shows gratitude and builds lasting relations that might later work in your favour. However, as much as tipping is a good thing, it is not an obligation on the customer’s part. But how do you decide if you should tip, when and how much to give?

What factors should I consider to determine whether to tip my movers?

Tipping is an act of appreciation, and you should tip the movers depending on the kind of service they provide. Here are some of the factors to consider before deciding to tip your movers or not:

Time is a critical factor in both local and long-distance moves because there is so much to pack, arrange and unpack. Were the movers punctual? Did they do the work time-consciously, or they wasted time chatting, taking breaks? If your movers managed the time well, it would be great to appreciate them.

How did the crew handle themselves in the midst of your family? Were they considerate of your children or pets? What were their body and verbal language when you asked for something/question? Friendly and helpful movers deserve a tip.

How they handle your possessions:

If you have delicate and cumbersome belongings, how did the crew handle these items? Did they go out of their way to care for your breakables? A good mover should handle clients’ stuff with the utmost care, but you can tell a person who goes the extra mile to protect an item. Such movers deserve appreciation.

The complexity of the moving process:

A local move is easier than a long-distance or cross-country move. Similarly, moving a few household items is more manageable than moving all your worldly possessions, including heavy machinery, large furniture and cars. It would be nice to tip them if the movers endured a long journey across the country or carried heavy furniture up a storey building.

Now that you have decided your movers deserve a tip, how much is too little or too generous?

How much you should tip your mover:

The general principle of tipping recommends giving a service provider 5 to 20% of the service’s total cost. In the moving industry, this range depends primarily on whether a move is local or long-distance. You should tip a local mover between 5 and 10% of the total relocation cost, while long-distance movers deserve 15-20% of the total cost.

Another formula to use when tipping your movers is estimating the amount on an hourly basis. This method also depends on whether the relocation is short distance or cross-country. For local moves, you can tip each mover at $5 per hour. Again, your personal experience with the mover counts, and you can go up to $7 per hour.

Long-distance relocation is challenging for everyone, from you, your family, pets and the moving crew. If the team did a great job, you could tip them each $10-$15 per hour. If you choose to tip the movers with a set amount, anywhere between $20 and $50 per mover is good.

When should you tip your movers?

The best time to tip your movers depends on the type of move and how many teams are involved. Local moves are simple and typically have one group doing the packing and moving. On the other hand, long-distance moves may require a packing, moving and unpacking team.

When to tip local movers:

When to tip long distance movers:

Long-distance moves are a bit complex because you may find the packing team is different from the moving team. In such a scenario, it would be best to tip each crew separately.  Ask the foreman about their moving strategy early enough to decide how you are going to tip them.

If you are working with two or more teams, tip each team at the end of their work. Alternatively, you could tip the company directly and instruct them how you would like the money distributed among all groups.

Tipping your movers shows gratitude and appreciation for work well done. However, it is not an obligation but rather a decision influenced by how they handled your possessions, professionalism, and the move’s complexity, among other factors. You can tip your movers anytime between packing and unpacking, but most people prefer tipping at the end of the whole process. 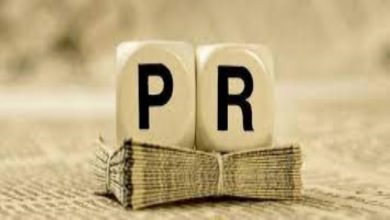