There are many top universities located in Asia. The continent brings together education institutions such as Tsinghua University in Chinese (No.15), Nanyang Technological University (No.13) and National University of Singapore (No.11) according to QS World University Rankings 2021. In terms of academic excellence, Singapore leaves little to be desired, with more than 30 universities attracting international students across the world to study popular courses in Singapore, such as Engineering, hotel management, logistics and more.

Located in the south of the Malay Peninsula, part of Southeast Asia, Singapore consists of 63 islands and has the largest Human Development Index (HDI) on the continent and the ninth best in the world. The country, which has been a British colony since its founding in 1819, became an independent republic in 1965. Singapore is one of three city-states with supreme authority remaining in the world, along with the Vatican and Monaco. Simply put, the entire country, with a small territory, is made up of this one city. With approximately 5.5 million inhabitants, the Lion City – its name in Sanskrit – daily lives an ethnic melting pot that mixes cultures such as Chinese, Malay, Indian and Muslim. The coexistence is absolutely peaceful, as indeed everything is in this amazing country.

Singapore has 4 official languages: English (official language), Malay (mother tongue), Mandarin and Tamil. The vast majority of Singaporeans are of Chinese, Malay and Indian descent, are bilingual or multilingual.

Singapore is one of the richest and safest nations in the world. It is a box of surprises. I was there a few years ago to visit universities and close exchange agreements. I’ve never seen anything like it.

The city is modern and very beautiful. Super clean and cared for, it has the nickname of fine city – yes, throwing garbage on the street carries heavy fines. And, being relatively small, it is perfect for walking, the best way to appreciate the combination of colors, flavors and diverse cultures.

For those who want to study in Singapore, the selection of universities is abundant. Singapore has 34 universities, two of which stand out in international rankings, Nanyang Technological University and National University of Singapore.

Another university that stands out for its teaching excellence is Singapore Management University (SMU), particularly respected in the areas of accounting and finance, computer science, economics, law and statistics. Some collaborations between local universities and important foreign educational institutions stand out, such as the Singapore University of Technology and Design, developed in partnership with the Massachusetts Institute of Technology (MIT) and Zhejiang University and Yale-NUS College, the first liberal arts college site, created in 2011. Also, several international universities have campuses in Singapore, such as Curtin University and James Cook University in Australia, and the American New York University (Tisch School of the Arts) and University of Nevada, Las Vegas.

The standard of living in Singapore is among the highest in Asia. However, compared to Western countries, the cost of living is much low and basic supplies such as food and clothing are considerably cheap.

The transport system is fast and efficient. Formed by Singapore Mass Rapid Transit (SMRT) subway lines, buses and land and water taxis, it is affordable. You can buy an EZ-Link card to use public transport more easily.

Shopping is certainly the national pastime in Singapore. For international students, flea markets such as Lime Flea, Clark Pier and Thieves Market, are recommendable. Another national pastime is eating. Stay tuned to the Singapore Food Festival, an event held every year in July. And walk through the neighborhoods, where you can experience a little bit of everything and more!

Three ethnic neighborhoods deserve to be explored without haste. Little India is a district where you discover something new around every corner. Temples and historic sites tell about Indian culture and devotion. Everything is very colorful, the aromas are very striking, the food is delicious and the streets are always full of people. Absolutely a must see!

Walking just a few blocks, everything changes and the perfume of narghiles and tasty Arab foods steals the show. Arab Street is the main street in the Muslim district of Kampong Glam that spreads around the Sultan’s Mosque. There, you can also learn more about Malaysian history and culture at the Malay Heritage Center. Kampomg Glam comes alive during Ramadan (Muslim fasting month) until the Hari Raya Aidilfitri, when Muslims in Singapore end their fasting time with a joyful celebration of forgiveness, communion and food.

Chinatown is a bustling district that mixes old and new things. Narrow streets, tea houses and a very traditional trade, in which relics from the past coexist harmoniously with contemporary neighbors, such as cafes, chic restaurants, stylish stores and some night clubs.

The country is technologically and architecturally iconic. Proof of this are two of its most striking and famous buildings: the gardens by the bay, with 101 hectares and the hotel Marina Bay Sands. References like these make the central area of Singapore look futuristic. Besides, parks and gardens can be seen and enjoyed throughout the city. Be sure to visit the Singapore Botanic Gardens, a UNESCO world heritage site!

Thanks to the mix of nationalities, little in Singapore is specifically Singaporean. Diversity is the watchword in this small country that celebrates rites respecting the most varied cultures. A good example of this is the new year, celebrated by the Gregorian, Chinese calendar, the Hindu religious festival Diwali and the Muslim festival Hari Raya Haji.

And you, what do you think of putting Singapore in your plans to study abroad? 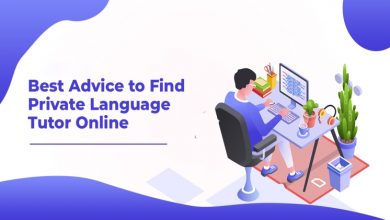 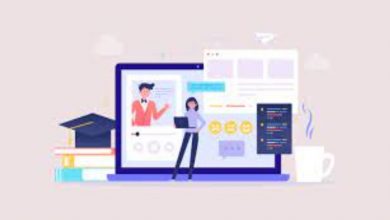 KTET Exam – A Detailed Guide What Type Of Exam Is This 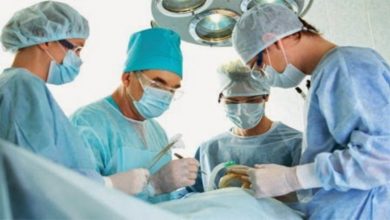 Here’s Why You Should Study Medicine In Europe