Every fan of CoD has this set up in their minds where they separate the entire franchise into categories. The golden era, like some many call it, is the beginning of Modern Warfare and until Black Ops 2. During that period, the community adored the franchise, and there was nothing that the developers would do to the game to make it bad. Then came this sort-of experimental era starting with Ghosts to Black Ops 4 with its identity crisis. These games had all the popular mechanics from other games at the same time, not being representative of their former selves. The modern era is the Warzone starting with the 2019 installment. Vanguard has the best multiplayer of its era. It has improved upon everything that Cold War and Modern Warfare did wrong, and it does what those games should have done. It has a fast-paced MP like Cold War with fun and small maps. But Cold War didn’t have the best movement. So, Vanguard took the best movement from MW2019 and improved on it. So, overall the gameplay and the movement are amazing.

However, sometimes the issues can outweigh the positives of this game. Especially if you’re the Call of Duty Vanguard Camos grinder. Due to the high volume of weapon-related bugs, where camos don’t track properly, the progression takes way too long. Then there is the matchmaking. SBMM takes the 5 previous games that you’ve played and puts you into skilled matchmaking for your next 5 games based on how you did during the previous 5 games. It goes in sectors of 5. The first 5 games dictate the skill matchmaking of your next 5 games. Then the 5 games that you’re about to play will dictate your next 5. If you do really well in your first 5 games, you’ll be put in games with super-sweaty try-hards for your second set of 5 matches. You’ll get absolutely splattered in that set by Vanguard boosters. Therefore, your third set of 5 games will be against weaker players. So, you know in advance which set of 5 games will be just you constantly dying. It makes the multiplayer very inconsistent, as you have good games and bad games, but they’re split into these sections. On a positive note, the combat pacing is great. It is usually super aggressive and fast-paced, but it always gives you an option to get tactical and serious.

All of this makes you feel like you enjoy the game, but it does everything it can for you not to have fun in it. Like, it’s got a good core, a foundation, but it falls short in many important aspects to the point where you just feel like facepalming. This is why more and more players are seeking alternative ways of earning rewards and one of them is the Vanguard boost. This game is still an action-packed, high-octane game, but the way its progress systems work would make a vampire blush. They suck your free time and give very little in return. Some would go as far as to say that this game is the worst-functioning call of duty release ever. The game comes with a 38-page license agreement and a 36-page privacy contract. By the time a regular law student gets to the last page of those, their term will end! This all may just seem like nit-picking, but these little details add up to something truly atrocious. Luckily, witty gamers may find solace in hiring professional gamers to handle their in-game goals! Not any game deserves to waste your time, no matter how fun it seems to be. Gamers of all ages have responsibilities, whether it is homework, a day job, or caring for parents. 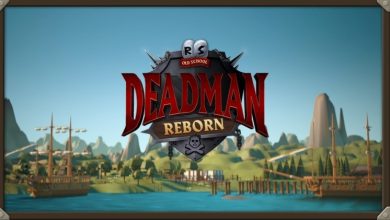 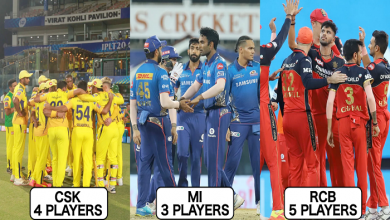 5 uncapped players to look out for in IPL UAE leg